Sustainability, the circular economy, and Corporate Social Responsibility are terms that are increasingly being utilized in the business and social fields. In this piece, I’ll explain what the Green Economy is and why it’s necessary to build it.

What exactly is the green economy?

More than 75% of citizens have expressed an interest in ecology and a concern for the environment. The commitment of society to ethical practices is expanding, but how far are businesses willing to go? The green economy reconciles the goals of economic growth and job creation with resource efficiency, which is referred to as green work. Green firms are those that function in a way that respects nature and the environment by emitting low levels of carbon dioxide.

Furthermore, many green businesses are not only creating green jobs, but also incorporating an environmental mindset into their manufacturing, creating greener products, and emphasizing their sustainability through green marketing.

The primary goal of the green economy is to establish social, economic, and environmental balance, so that production processes generate wealth in society while causing no harm to the environment. A shift in the existing economic model’s paradigm.

In this regard, European Union legislation has established over 130 separate environmental goals that member countries must accomplish between 2010 and 2050.

The green economy aims at assessing, evaluating, and measuring three pillars once we know the objectives to evaluate and assess progress toward them:

What are the green economy’s current trends? 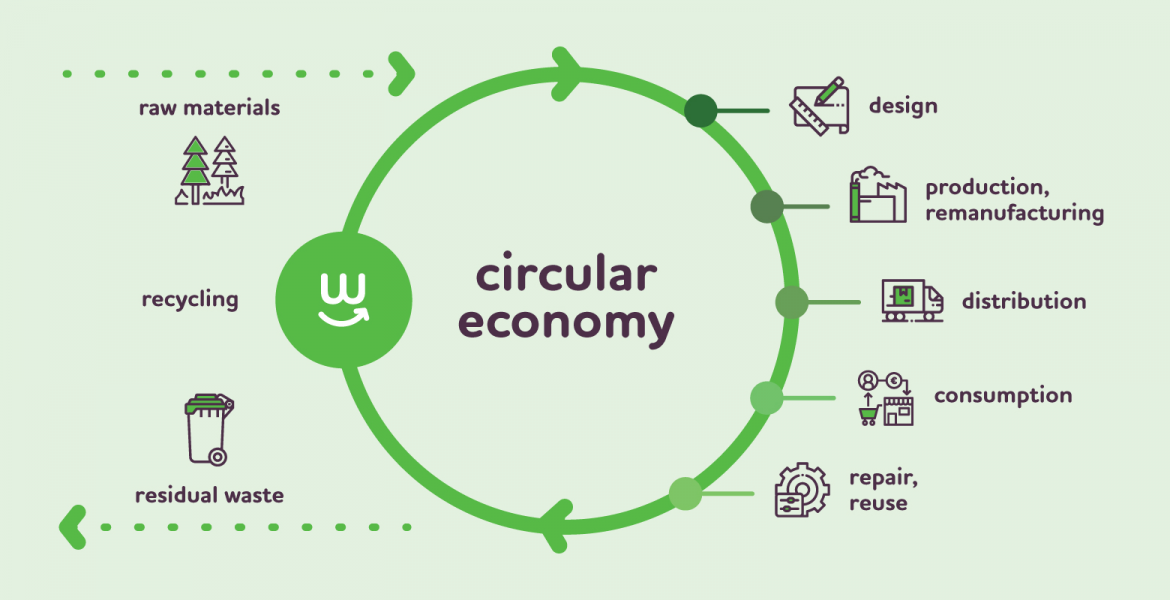 According to the United Nations Department of Economic and Social Affairs, the world’s population is expected to exceed 9 billion people by 2050. That is why it is critical to reform the current production and resource management strategy, which promotes short-term consumption and reduces product useful life. The circular economy, which encourages employing as many biodegradable materials as possible in the creation of consumer goods so that they can return to nature without inflicting environmental damage, is the model of the future. 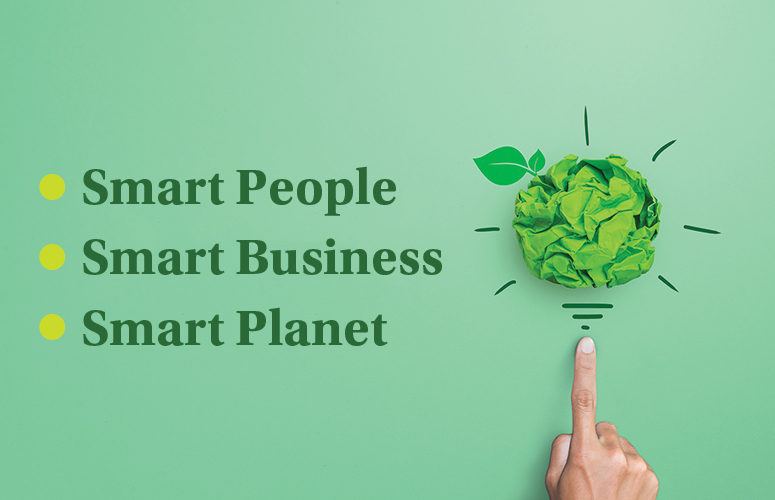 The corporate culture is linked to the entity’s behavior toward the outside world and its social attitude; it is also influenced by governmental issues and ecological philosophy. The goal is for both the target and the workers to identify with what is socially communicated. Facebook is a fantastic example of this since it has established a $10,000 allowance for employees who relocate to live near the corporate campus. The green economy affects not only huge corporations with high pollution margins but also their suppliers, which are compelled to have specific environmental duties. The extraction, transportation, and manipulation of resources become more efficient as a result, lowering the activity’s environmental impact. 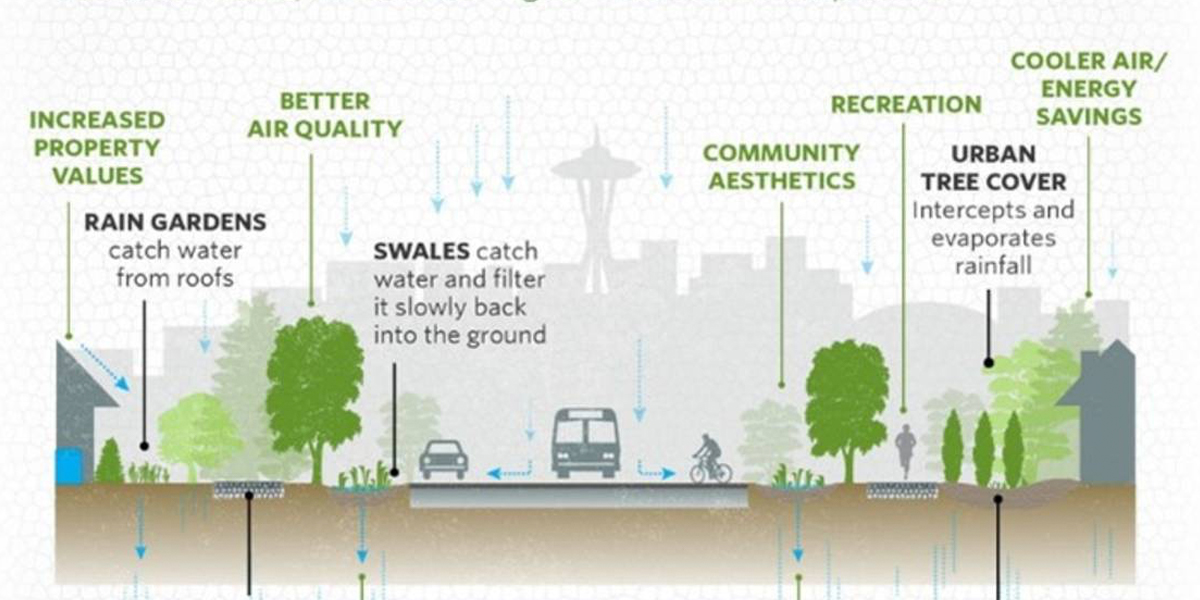 Green infrastructure, as defined by the European Commission, is a strategically planned network of natural and semi-natural places, as well as other environmental features, built and managed to provide a wide range of ecosystem services. It contains green spaces (or blue if aquatic ecosystems are involved) and other physical aspects in terrestrial (natural, rural, and urban) and marine environments. According to the Food and Agriculture Organization of the United Nations (FAO), one-third of agricultural land has been degraded, 75% of crop genetic variety has been lost, and 22% of livestock breeds are threatened. In this environment, customers in industrialized countries are increasingly placing their bets on sustainable agriculture. How can we manage land, water, and natural resources in a sustainable manner?

This trend is related to the first point, where the circular economy was mentioned. The collaborative economy is centered on lending, renting, buying, or selling things based on specific needs rather than monetary gain. Companies that have received a positive response from customers in recent years include Airbnb, Uber, and others. 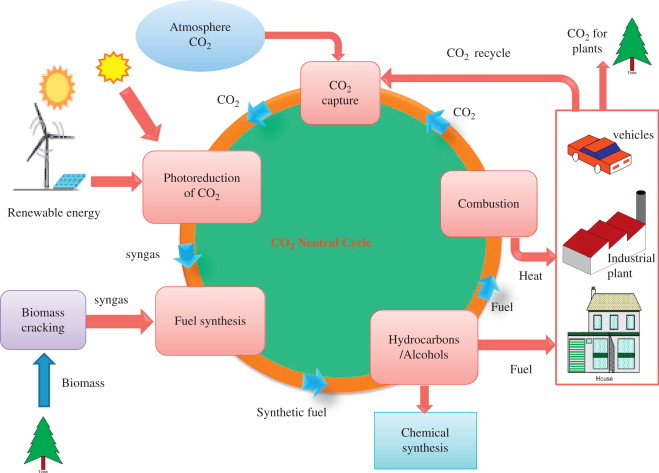 According to a 2019 analysis conducted by the Climate Accountability Institute in the United States, only 20 corporations account for 35% of carbon dioxide and methane emissions related to energy production. These companies have emitted 480.19 trillion tons of CO2 emissions in total.

To minimize and recycle CO2, the Kyoto University Institute of Integrated Cellular Compounds Sciences (iCeMS) created a novel material capable of selectively absorbing carbon dioxide molecules and turning them into usable organic materials. Although it is still in the testing phase, this is a first step in mitigating our planet’s pollution.

It is estimated that between 1200 and 1500 million people worldwide continue to lack access to power. Renewable energies aim to minimize this figure by promoting clean, locally produced energy and lowering the costs of imports and energy transportation. Technological advancements and the Internet of Things represent an energetic revolution for those communities that are excluded.

These tendencies only serve to validate the green economy as a viable solution to dealing with today’s economic and environmental crises. Commitment to this new paradigm could ensure the preservation of a healthy environment and adequate utilization of services for both current and future generations.