The world’s coastal waters are becoming increasingly black. This dimming, or change in watercolor and clarity, has the potential to produce major issues for the ocean and its inhabitants.

What Is Coastal Darkening:

Parts of the ocean close to the shore are gradually becoming darker. The darkening isn’t just limited to the surface. The entire water column, from the surface to the seafloor, becomes murkier and darker, obstructing sunlight.

One possible explanation for this phenomenon is fertilizer runoff into the lake, which causes algae to bloom and obstruct sunlight. Boat activity can also stir up dirt from the seafloor, causing the water column to become dark.

Climate change can also induce coastal darkening by making rainier areas of the world. As a result, soil and other particles wash into the water, darkening it once more. Anything that introduces particles into the water column has the potential to darken the coastline. This can happen at any time, either naturally or at random.

During periods of harsh weather and erosion, such as rainy seasons. Because sediment from rivers is transferred into the water column, coastal waters might become darker for some time. The coastal darkening phenomena, on the other hand, is cumulative and does not go away with time. This tendency could be due to an increase in the number of darkening events or because the events are occurring so quickly that particles don’t have enough time to depart the water column.

Where Is Coastal Darkening Taking Place?

This isn’t limited to a few locations. It’s something that’s being noticed all across the world. But, because it’s such a new phenomenon, scientists are still piecing together the environmental effects. The earliest published research on coastal darkening dates back barely 100 years, which means our record begins after the Industrial Revolution and the onset of climate change.

How Is Coastal Darkening Measured?

Some of the data sets analyzed by researchers are located around the North Sea coasts, primarily just offshore of Germany and Denmark. It’s worth noting that scientists have been using a device called the Secchi disk to measure how cloudy the water gets since the late 1800s.

Angelo Secchi, a priest, and scientist from Italy invented the disk in 1865. This is still the standard method for determining water light penetration today.

Even though it sounds high-tech. A Secchi disk is simply a plain disk that is lowered into the water until it is completely submerged. When something like that occurs. It’s known as the second depth, and it varies based on the clarity of the water. As a result, the disk vanishes faster in a darkening water column.

Because coastal darkening has been discovered, these measures have traditionally been used to verify water clarity, which is one indicator of water purity. Scientists have only recently begun comparing historical data to present datasets. It takes time to build a strong statistical trend since turbidity (the number of particles in the water) changes from day today.

The Impact of Coastal Darkening on Marine Life

According to the North Sea data set utilized in a 2019 study, a portion of the North Sea coast has become darker during the last 100 years. This is the first study that has discovered this pattern. Although this darkening tendency is not obvious to the human eye, it has an impact on the ecology.

Phytoplankton and other ocean species rely on sunlight for photosynthesis. As a result, when coastal waters darken, less sunlight reaches them. This could suggest that in darker water columns, fewer phytoplankton can develop, reducing phytoplankton density in the water. Because phytoplankton is at the bottom of the food chain, a lack of it has an impact on the entire ecosystem. 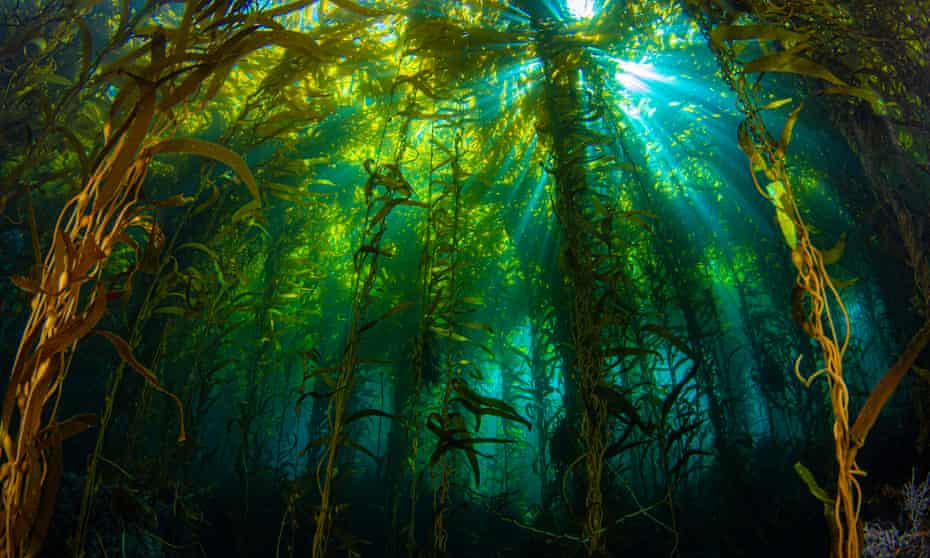 These creatures aren’t the only ones who have been harmed. Because some marine species rely on their vision to hunt, they will struggle to find food in the darker seas.

The chemistry of the ocean may potentially change as a result of the newfound darkness. Methylmercury is a highly dangerous toxin that can enter the marine as a result of processes such as the combustion of fossil fuels. It can result in muscle weakness, loss of coordination, and congenital impairments, among other things.

UV wavelengths in sunshine usually break down this molecule, but if not enough sunlight reaches it, it will persist, causing havoc on the ecology and possibly our health. Because coastal darkening impacts marine vegetation, it has the potential to exacerbate climate change. By absorbing carbon dioxide from the atmosphere during photosynthesis and using it as fuel to develop kelp and other plants, these plants store carbon. It not only supports various coastal ecosystems but also consumes a significant amount of CO2.

According to a 2016 study, macroalgae like kelp can trap 200 million tons of carbon per year on average. The main productivity of kelps, or their ability to convert carbon dioxide and sunlight to biomass, can be reduced by as much as 95 percent as a result of coastal darkening. It could have an impact on how much carbon kelp sequesters. As a result, if kelp absorbs less carbon at low light levels, darker oceans may hasten climate change.

As a result, this novel event serves as a reminder that we still don’t fully comprehend how we’re altering the natural world or which areas of the ecosystem we may be altering indefinitely.